February ended with just shy of 75 miles and I ran 21 out of 28 days.
I've been too many 3 and 4 mile run and my plan in march is more miles and hopefully mid wk longer runs.
Weight training and body weight training has been going well and averaging 3 days a week.
Posted by FitKitty at 11:47 AM 2 comments:

Oh my!
I bought 3 new pairs of shoes Saturday - I was looking for the New Balance  3090 to replace mine that are so worn (love love love them).
I had went to the mall Friday and they had an updated pair which are now called the 4090 but felt more stiff than mine.
The sales guy had a pair of 3090 but not the same style (I guess the inbetween style??)
I knew National Sports an hour from here has a back room that sells "older" styles - so held off.
I ended up with my 3090s (different color scheme) , New Balance all terrain shoe which I just wore for the first time today , and a pair of Puma shoes that just felt really good on.
I've ran a few times this week in the 3090 to break them in- and today the all terrain. Wow.
The field and trails are too snowy and I brought the dog , so it was a jog and trying not to break thru the snow. After I synced my run thru nike + I noticed I was 300 meters away from passing another so I road ran a half mile to pass his distance. The all terrain was so light and my foot just rolled so naturally with each step. Looking forward to another run in these when it isn't minus 20 out! 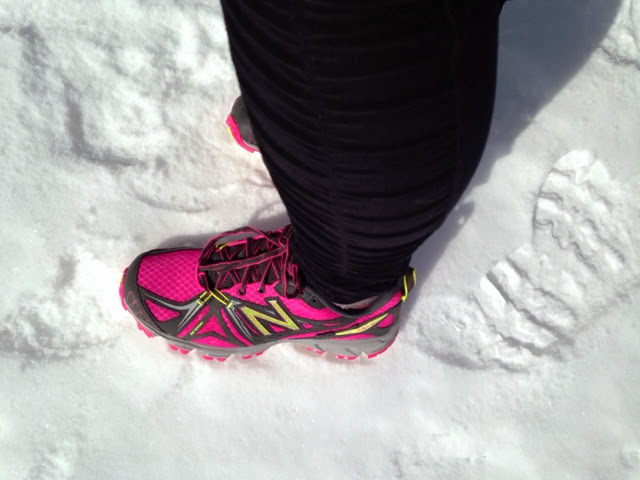 SNOW SNOW SNOW and cold.  Polar vortex?
It's hard to maintain your goals when it's that cold. We got a dog in November and he's helped me get out usually everyday.  Its not a fast run when he (Bear) comes but the miles add up.

2014 goals:
Run. I am no longer going to stress over distances and times. (well except knocking a minute or so off my 5k....)
Write more here.  Its therapeutic and it's nice to go back and read what I think or have felt after some runs.
Back to the weight room.  I have been going with a friend to the YMCA. Mainly for 'fun' as I've generally already run earlier in the day. She started with the hydraulic machines they have there. Tomorrow I am introducing her to free weights.  :)  She's excited 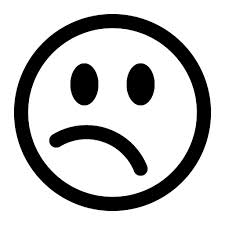 I have been using my NIKE+ app on my phone b/c neither my garmin 305 or 310 want to connect to my computer. I am devasted.

End of the year

2013 didn't bring all the running for me I wanted .
Disappointing , but as the year ends I've realized how much I've missed the miles and how excited I am to start a new year with new goals.
I just ran with the local running room for the Resolution Run 5k . It was approx -10 and snowy on the trail but swift. We were given a jacket for sign up.
Posted by FitKitty at 5:37 PM No comments:

Me and 2 kiddos , Sofie and her 2 , Nicci and justice all met up and did a small local 5k run
Lindsay jolly jog, which hosted about 400 people, a great chilli lunch (with vegetarian option!) , and a ton of door prizes.
It wasn't timed and I wish they had of rethought the tractor pulling Santas shack (really took up space and slowed people down).
But for 20$ for adults, and 3$ for kids- a small reusable bag filled with goodies- who can complain!!
It was my first time running a race in a long while, so I decided I was just going to run steady and not kill myself. It was mentioned that there would be carollers at each km marker-and there was at the first . I kept waiting for the 2nd- assumed it was at the 3rd (actually was a band playing and they really rocked!!)
I noticed mr. Grinch pants in front of me was heading back with a bottle of water, so I couldn't believe it was over. I thought we were only at the 4k mark.
I finished in just over 26min- which I am ok with considering there was no point where I felt "damn when is this gonna be done!?!?" And I hadnt pushed myself, not a PB but I wasn't aiming for one that day either.
I would def do that run again---besides the whole bombing scare . YIKES!
http://www.thepeterboroughexaminer.com/2013/12/01/bomb-found-in-lindsays-downtown
Posted by FitKitty at 7:35 AM No comments:

Pammie got her groove back

I've been trying to get the running endurance back.  So far it's been going pretty well. I knew it wouldn't be too hard, it's just hardER when you have 4 kids.  Appts, sick kids, school, activities etc etc can really throw a rock in your plans.

I signed up for a 5k at the end of this month, just to gauge where I am and for obvious motivation b/c let's face it, after a break in training it's hard to lace up once again.

AND registration for the Mud Hero is open and I've pressured motivated some friends to sign up!

Posted by FitKitty at 7:50 AM No comments:

Running had taken A back seat for me- the nagging ankle I had last winter was bothering me again during the summer. Between that and the heat- my bike became my best friend. Seemed nice at the time, but when I tried running I noticed how severely my running was affected. YIKES!
Now that the cooler temps have arrived, I've been trying to build back up speed and endurance.
I have a great plan that was made for me last yr, which started end of November , as a trainer for Around the Bay 30k.
My IDEA is to use the month of November as a build up and start the plan again. I have had no ankle injury since late August , so I am hoping I should be able to get thru the winter with no complications.
I signed up for a local 5k with some friends at the end of November - which should a) let me see where I am and b) bring back my competitive spirit since it's been so long since I've RUN!
**fingers crossed**
I haven't updated my km in so long :/
Posted by FitKitty at 7:45 AM No comments: